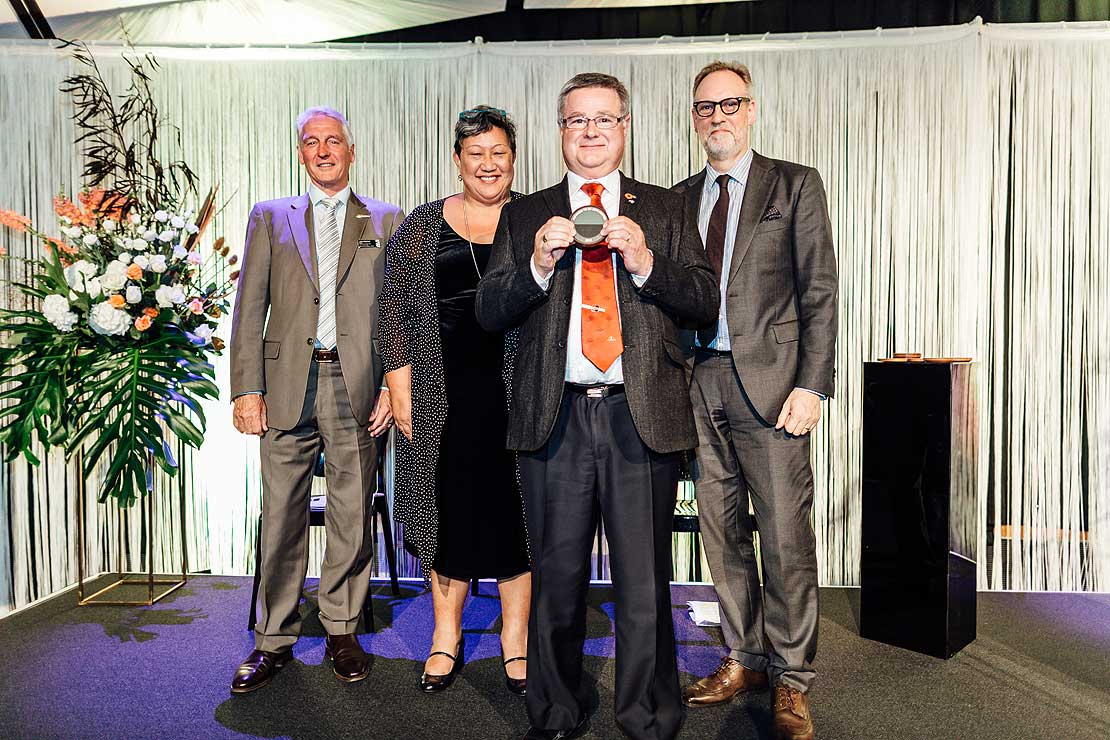 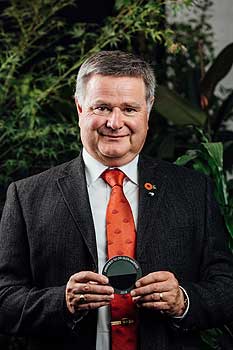 Glyn Harper, a professor of war studies, has been awarded a prestigious Museum Medal by the Auckland War Memorial Museum. He was also made a Fellow of the museum in acknowledgment of his exemplary scholastic achievement relevant to the Museum’s activities.

The Palmerston North-based professor, a renowned researcher and author of numerous award-winning scholarly and children’s books on a wide range of military history themes – from the two world wars to the Vietnam War, was presented with the award at the Museum Medals ceremony last week to honour the careers of five outstanding individuals.

“The Auckland War Memorial Museum is a leader in promoting military history research in New Zealand and its Cenotaph Database is a real national treasure,” Professor Harper says. “I’m honoured and grateful to receive this recognition from such an eminent institution.”

Professor Harper joined the New Zealand Territorial Army while studying at the University of Canterbury. After graduating with a master’s degree in modern history and a diploma of teaching he moved to Australia.

He taught for seven years, then joined the Australian Army where he completed his PhD on the New Zealand commander Sir Howard Kippenberger at the University of New England. In 1996, he transferred to the New Zealand Army where, as commanding officer of the Military Studies Institute, he rose to the rank of lieutenant colonel.

He was the New Zealand Army’s official historian for the deployment to East Timor and is the best-selling author of more than 20 books. He is also an award-winning author of 12 books for children.

After retiring from the Army in 2001 Professor Harper joined Massey University. He was director of the Centre for Defence and Security Studies for six years and was instrumental in establishing the Centenary History project. As well as Massey’s project manager for the Centenary History – having written two of its 14 volumes – he is a board member of the War History Heritage and Memory Research Network and a member of the Centenary History project’s Governance Group. In 2010, he was a Fulbright Senior Scholar in the United States and, in 2012, was awarded a Queen’s Service Medal for services to historical research.

Auckland Museum chief executive Dr David Gaimster says; “It is a pleasure to recognise the major contributions the recipients have made to their areas of study and to be able to acknowledge innovation across such diverse disciplines. It’s privilege to celebrate their achievements alongside their whanau, friends and colleagues.”

Distinguished Professor Paul Spoonley, Pro Vice-Chancellor of the College of Humanities and Social Sciences, said the medal and fellowship did two things: “It recognises Glyn’s excellent work as a war historian and communicator, and it reflects his work with the Auckland War Memorial Museum to enhance our understanding of New Zealand’s involvement in war, especially World War One”.