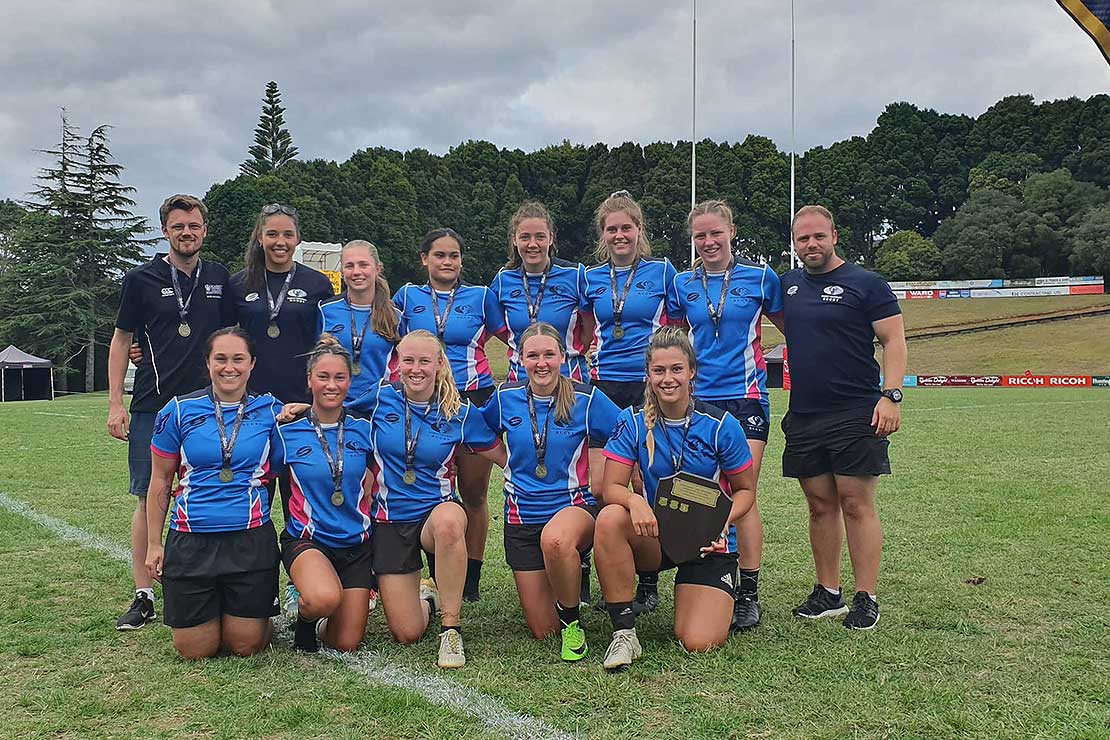 The Massey University women’s rugby sevens team has claimed the University and Tertiary Sport New Zealand Championship in a nail-biting final on Saturday.

As the hooter sounded in the 14th minute of the final, Massey were trailing the University of Waikato 14-17. However, Pia Tapsell completed a last-ditch turnover and sent the ball out wide for Kaitlin Bates to run in a try. A conversion secured the title by 19-17.

The team of eight featured players from all Massey campuses and three were named in the Tournament Team; Marcelle Parkes (Wellington), Pia Tapsell (Auckland) and Kaitlin Bates (Manawatū).