Home > About Massey > News > Opinion: Plotting a new career path in a time of uncertainty

Opinion: Plotting a new career path in a time of uncertainty 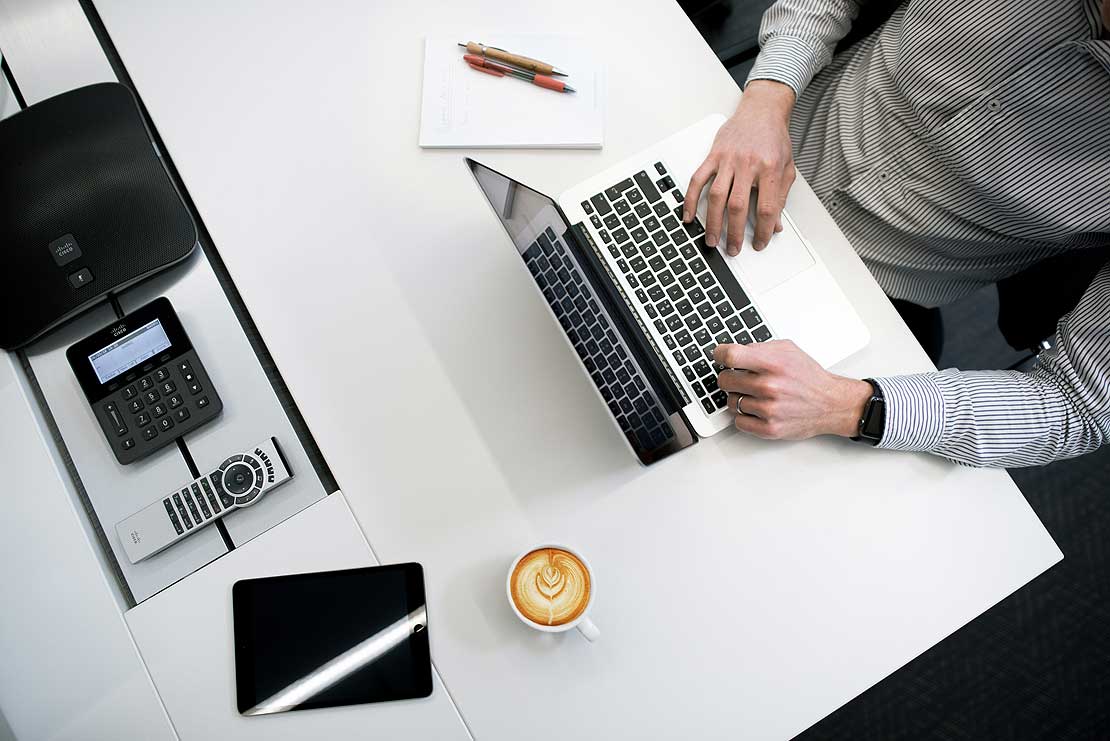 Professors Mueller and Zorn say some industries are flourishing, including health-related fields, courier services and IT development (photo by Tyler Franta on Unsplash)

The COVID-19 pandemic and the crushing blow it has dealt to the world economy has shocked us all. And the time spent in lockdown has led many of us to reflect on our lives and careers.

Many people will be hoping they can weather the storm and return to their jobs and a sense of normality soon. Others will decide – out of necessity or a changed sense of priorities – to use this occasion to take a different path, but they face uncertain prospects for finding a new job or career in the pandemic-ravaged economy.

Because of our success in eliminating the virus, New Zealand will likely do better economically than most countries, but we will not be returning to pre-COVID normality for many months  – if ever. The USA reported that unemployment in April reached nearly 15 per cent and is still rising, numbers not seen since the Great Depression, and our unemployment rate in New Zealand is forecast at 9-12 per cent in the coming months.

Some sectors will be hurt far more than others, such as retail, tourism, sport and transport. Jobs or professions uniquely associated with those industries, such as pilots and salespeople, will also suffer disproportionately.

The flip side is that some industries are flourishing, including health-related fields, courier services and IT development and services. Jobs associated with these industries will be in far greater demand for months and probably years to come.

Could we have predicted ten or five or even two years ago which would be the most lucrative fields in 2020? Tourism has boomed in New Zealand for decades, while online shopping has not nearly kept up with the popularity it has gained in other places such as the U.S. How could someone building a career over the last decade have maximized potential to stay employed in the time of COVID-19?

Now that we’re here, what can someone yearning for a career change or whose job has been lost or threatened by the pandemic do to take best advantage of the opportunities offered in these bleak times?

The choice: specialist or generalist?

Two prominent strategies for approaching a career shift are to try to predict where the jobs will be and retrain to specialize in one of those or alternatively, take a more ‘generalist’ approach and acquire business management and leadership skills and knowledge that could prove valuable across a wide range of sectors.

Both the specialist and generalist paths likely involve additional education. Numerous studies show that demand for tertiary education rises as unemployment grows. Many people justifiably turn lemons into lemonade by using career interruption or uncertainty to re-skill or upskill and thus create better job security and, usually, a higher salary. And research done by the Ministry of Education show that qualifications pay off in terms of job security.

In terms of salaries, other research by the Ministry showed that qualifications completed led to increased earnings. Five years after graduation the median income for those with bachelor’s degrees was almost 50 per cent greater than the national median income. For master’s degrees, it was even more, almost 75 per cent higher. One year after graduation, the median income for someone with a master’s degree was more than $5000 higher than for someone with a bachelor’s degree, and after five years the difference grew to nearly $9000.

So, which strategy for retraining to choose? Between the specialist option of guessing which fields will have the most jobs or the generalist option of acquiring management and leadership skills, the specialist route is the riskier, but it is a potentially lucrative and exciting option. The reward could be working in a cutting edge field and being sought after for your unique or unusual skills. But there’s risk: It’s very difficult to predict how the next crisis or disruptive innovation will affect those industries or professions that seem a safe bet now.

With an ageing and growing population and on-going advances in technology, the demand for some professions such as health and IT surely will grow. But beyond those, crystal ball gazing gets much more challenging. In addition to pandemics, there is the ever-surging tide of automation and other threats such as trade wars and climate change – any of which could make what seems a secure future suddenly much less so.

Who would have thought even 10 years ago that most accounting would happen cheaply in the Cloud rather than be billed by the expensive hour to an accountant? Or that more advertising dollars would be spent on social media compared to television? Who would have seen a career in drone programming or signal engineering for autonomous roading?

In addition to the problem of making the correct guess, as you become more specialized you are forced to operate in an increasingly narrow niche.

That leads to the second choice for a future career path: The ‘generalist’, building transferable management skills and credentials that enable you to branch out within your current sector or to operate across many sectors.

New Zealand is a country where nearly all firms are small, with fewer than 50 staff. In small firms, everyone does more than one thing. Such multi-tasking requires generalist management skills. Those skills widen your opportunities to contribute to many aspects of the organisation and in a wider range of roles. So, in terms of personal job security, transferable management skills may be the most valuable ones.

Consider the current plight of pilots during this COVID-19 crisis, a no-travel period. Their highly specialised skills are not easily transferrable to other industry sectors. However, their training and experience has taught them to multi-task, think logically, focus on outcomes, and, most importantly, cope with unexpected crises. Complement those underlying skills with broad business and management knowledge and they are suddenly very attractive not only to the airline industry but many others.

Generalist management competencies can also enhance earnings. A 2018 survey by the Graduate Management Admission Council showed that in both the US and Europe starting salaries for people with MBAs were substantially higher than those with specialised business master’s degrees. Another 2018 study, this one by the Financial Times, found that MBA grads nearly double their pre-MBA pay immediately after graduating. And the pay gap between those with an MBA and those without grew more pronounced over time.

Many people are suffering or worried because of the impact of the pandemic on their jobs and job security. Further education towards an alternate career path is not the solution for everyone, but the statistics show that further education, especially the sort of generalist education obtained through a qualification such as an MBA, can be a smart choice for a secure and prosperous future.