Home > About Massey > News > Grasping Brexit, the EU and implications for NZ

Grasping Brexit, the EU and implications for NZ 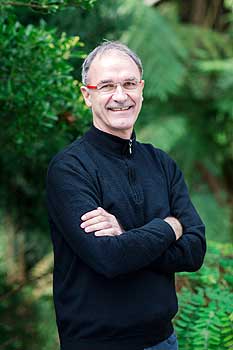 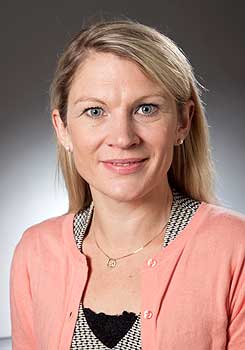 
The long-running Brexit issue has proven baffling to many. A free Massey University lecture series brings together academics and diplomats to help make sense of the outcomes of Britain’s upcoming exit from the EU (European Union).

The lectures will also address the ongoing free trade agreement negotiations between the EU and New Zealand – and the political and trade implications they will have on New Zealand.

The two lectures, under the title Free Trade in the Time of Brexit, will be held in September and hosted by Massey’s School of People, Environment and Planning in Palmerston North. Speakers include senior lecturer Dr Jeff McNeill, from Massey University, Dr Serena Kelly, from the National Centre for Research on Europe at the University of Canterbury, Bernard Savage – EU Ambassador, and Colin Leeman, First Secretary Trade Policy, British High Commission

Dr McNeill says the September 11 and 25 lectures will provide a forum for the public “to understand more about the EU, and the EU and British perspective on trade with New Zealand and the implications for New Zealand’s agriculture.”

Brexit, now likely to take place at the end of October this year, increasingly makes the news. But out of the spotlight, New Zealand and the European Union are in an advanced stage of negotiating a free trade agreement (FTA) that is likely to be concluded early next year, says Dr McNeill.

“Both actions appear to many people as distant events, half a world away. But, if they come off, they will have significant implications for New Zealand’s economy generally and particularly for our agricultural sector.

“Economic analysts are already factoring in the likely consequences of a ‘do or die’ Brexit that British Prime Minister Boris Johnston promises. Meanwhile, a free trade agreement with the EU would open up markets for both, increasing trade between the two trading partners. A post-Brexit UK-NZ free trade agreement remains less clear, though both countries have indicated intent to negotiate.”

He says the EU remains “something of a mystery to most people – both in Europe and in New Zealand.”

“Internationally, it is unique as a super-national form of government able to make rules affecting 513 million people in 28 countries. It is also the only European authority able to negotiate free trade agreements: one of the stated reasons for Brexit is so that the UK will be able to negotiate its own free trade agreements. And despite providing freedom of movement for its people, goods and services, and significant financial support for European agriculture, environment and culture, the EU is widely seen as a bloated grey bureaucracy centred in Brussels, Belgium – ‘the capital of Europe’.”

In the second lecture on Wednesday, September 25 in Palmerston North’s Globe Theatre, Colin Leeson, the First Secretary Trade Policy, British High Commission, will set out possible future relations for New Zealand and the UK in a post-Brexit world. Dr Serena Kelly, University of Canterbury’s National Centre for Research on Europe, will address possible future relations between the EU and New Zealand once the FTA is signed.

The series is free and open to the public. Each speaker has 25 minutes to present and then time for questions immediately after and again at the end of the presentations.

The lecture series coordinator, Dr McNeill, is experienced in environmental policy development having previously worked in central and regional government. He also spent several months working in the European Parliament in Brussels where he was responsible for drafting one of the EU’s more obscure directives, and more importantly, coming to understand something of the complexity and intricacy of the EU institutions. The lectures have been organized with the support of the European Union Centres Network.

September 11: Journey to Brussels: The EU and implications for New Zealand agriculture

September 25: Brexit and after: prospects for NZ, the UK and the EU