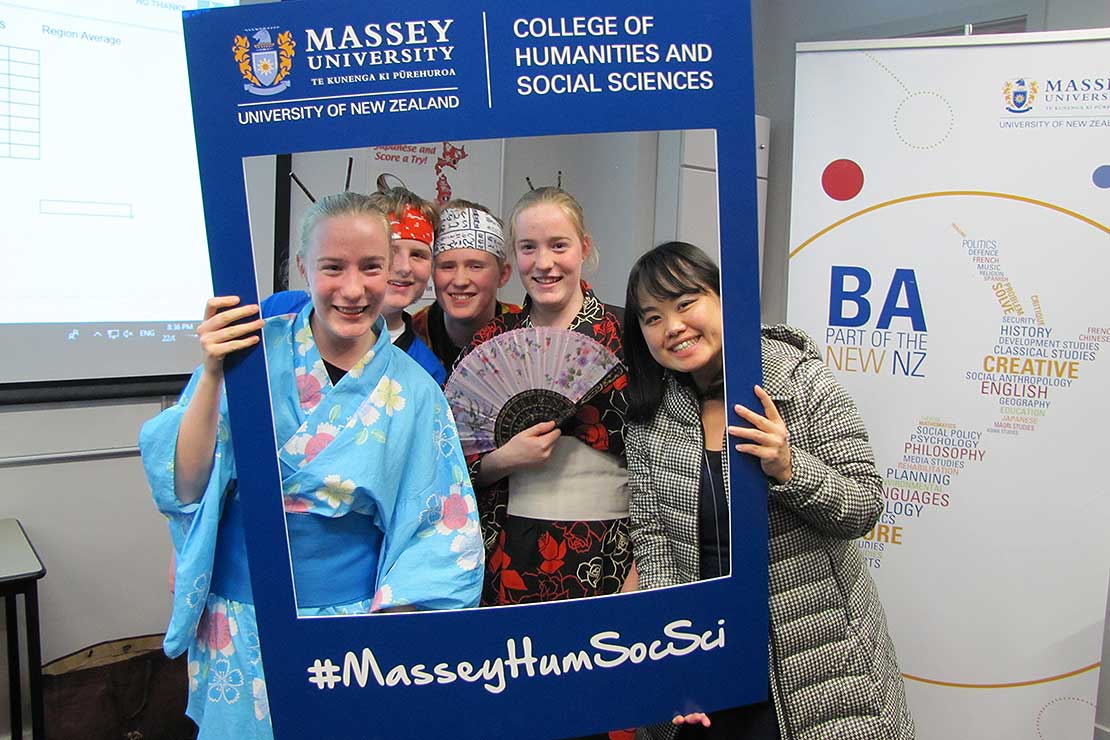 The Manawatū round of the annual 2018 New Zealand Schools Japanese Trivia Championships was held last month, hosted by the Japanese programme from Massey University’s School of Humanities.

The championships, in their fourth year, are a highly successful collaboration between New Zealand Association of Japanese Language Teachers and Japanese Studies Aoteaora New Zealand. The event is held simultaneously in eight centres across New Zealand. This year, 103 teams competed nationwide with results progressively available at a live link. As Elin King from Awatapu College commented, it is “a fun night with lots of excitement”.

The purpose of the event is to create an opportunity for younger students to benchmark themselves with students of Japanese from other schools and to encourage learners to continue Japanese to higher levels.

“It is also a setting for Massey to mix and mingle with our local community,” Gillian Gordon, teacher in charge of Japanese at Otaki College noted, adding ''there was a really warm inclusive feel to proceedings”.

The event follows a pub quiz format, with questions shown on PowerPoint slides. Questions this year were from categories of sports and festivals, food, pop culture, daily life, and history and geography.

The Japanese programme will also host a “matsuri” (festival) for local schools teaching Japanese this month at the Manawatū campus as part of its outreach. The matsuri will feature Japanese archery, manga and origami creation, a speech contest and a sushi lunch provided by local Japanese restaurant Yatai.