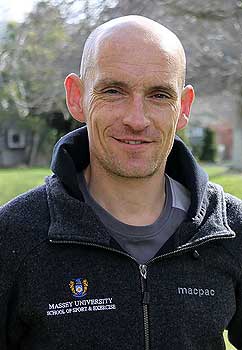 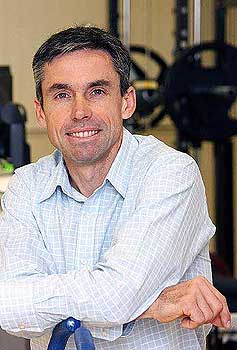 Public reaction to the passing of Sir Roger Bannister last week highlights the important connection between sport and society.

Breaking the four-minute mile 60 years ago is still seen as a watershed moment, not only in athletics, but in human endeavour.

It's a feat known by so many, equal perhaps to conquering Everest.

Even today, with special running tracks, sport science and modern coaching techniques, running a sub four-minute mile is a key career milestone for a middle distance runner, and still no easy task.

As enthusiastic spectators and sometimes masters athletes, it brings great pleasure to see events such as the Scottish Night of Miles, hosted in Wellington annually, giving all-comers the chance to tackle the distance and test their ability against Bannister's four-minute mark.

The excitement of such an experience defines the positive side of participation in sport, one which encourages competence, confidence, connection, character, and caring for those involved.

So in the week when Bannister passes away, we also hear that local hero Nick Willis has to pull out of the Commonwealth Games and, disappointingly, two days later the Peter Snell International Mile race is cancelled due to "logistics".

This has left many aspiring young athletes without the chance to pit themselves against established competitors, the distance, and the clock.

Although Bannisters passing is obviously not connected in any way, it does raise the question of how the quest for international glory by high-performance sport could be to the detriment of those more important aspects of sport within our society.

Event promoters capitalising on the presence of high-profile athletes to bolster revenue and a government-sponsored cash-for-medals funding approach, completely ignores the more important aspect of connecting with and caring for the wider community through active participation.

Surely, in terms of the health of the nation, one international high-performance athlete not competing is irrelevant.

Indeed, even having the injured athlete at the event (so perhaps still being paid) and connecting with those participating rather than competing themselves would bolster all five "Cs" previously mentioned. This occurs at the Jamaican school's athletics championships and it must be a real buzz for the kids to be walking amongst the like of Usain Bolt.

In the New Zealand middle distance running fraternity, only Angie Petty fronted up at the so-called Commonwealth Games trials held in January, while others were chasing targets elsewhere.

Maybe it's divine intervention, but Petty is currently only one of two athletes now representing our once great middle distance nation at the Commonwealth Games.

So why not bring more high-class international athletes to New Zealand during our summer season, rather than paying for our own athletes to disappear off the radar of our aspiring juniors. This way all our top athletes get the competition they believe will allow them to achieve qualifying times for major events.

The grass roots of the sport would then become connected rather than isolated from high performance and everyone wins.  If our top field athletes, Tom Walsh and Eliza McCartney, can frequently appear on the New Zealand circuit and still perform on the international stage ,why can't our middle distance runners?

When you ponder the life-size monument produced by Chris Elliot and Ross Wilson at Cooks Gardens in Whanganui, you realise Snell was a giant not only at home.

His impact spreads much further than our green lands and high-performance athletics community. If the cancellation of the Peter Snell Mile meeting is nothing more than a financial decision based on one or two-high profile athletes not attending, then perhaps Snell might be disappointed in how the New Zealand athletics community are exploiting his legacy.

Dr Paul Macdermid is a lecturer in Sport Coaching and Performance in Massey University’s School of Sport, Exercise and Nutrition.

Opinion: Secret of our running resurgence