It's hard to tell if President Donald Trump is erratic or manipulating the news cycle, Professor Ted Zorn says.

Last week I was asked to comment on who had won the US mid-term elections but once the interview started, there were no questions about the election results. That’s because, earlier that day, Trump had fired his Attorney General Jeff Sessions and had a very public confrontation with CNN reporter Jim Acosta.

Was it a coincidence that these big news events had taken over the news cycle? Maybe. It’s often hard to tell if Trump is simply erratic, or if he is strategically manipulating the news cycle to his advantage. He surely knew that firing Sessions the day after the Republicans’ loss in the mid-terms would quickly take the spotlight. And as one of Acosta’s fellow White House reporters said, Trump called on Acosta because of his history of aggressive questioning. Trump wanted a confrontation.

Unfortunately, the media seems to fall right into his trap.

In the case of the mid-term elections, Trump probably wouldn’t want anyone looking too closely at his claims of “complete victory”. After all, he said repeatedly, “We're going to win so much. You're going to get tired of winning.” So a loss goes against the brand. But in this case, the President claiming victory is like Australia saying to the All Blacks “Ha! You thought you were going to win by 60, but you only won by 37! So really, we won!”

Sure, the Democrats would have liked to have picked up 60 seats instead of the 37 or so they will ultimately end up with. And the Republicans did solidify their advantage in the Senate by 2-4 seats, which is better than expected.

But the last time the Democrats increased their margin by this many seats, Nixon was in the White House. More importantly, the Democrats will take over one branch of Congress, which means any piece of legislation needs their approval, not to mention the special powers granted to the House, like the power to impeach.

Plus the Democrats won big at the state level, increasing the number of governorships held by more than seven, and flipping many state legislatures from red to blue to net a gain of about 350 seats in those legislatures.  This is important for the redrawing of congressional districts after the 2020 census and removing the huge structural advantage Republicans have given themselves due to gerrymandering.

And all this happened in the midst of a booming economy so “victory” for the President perhaps means it’s not as bad as it might have been. 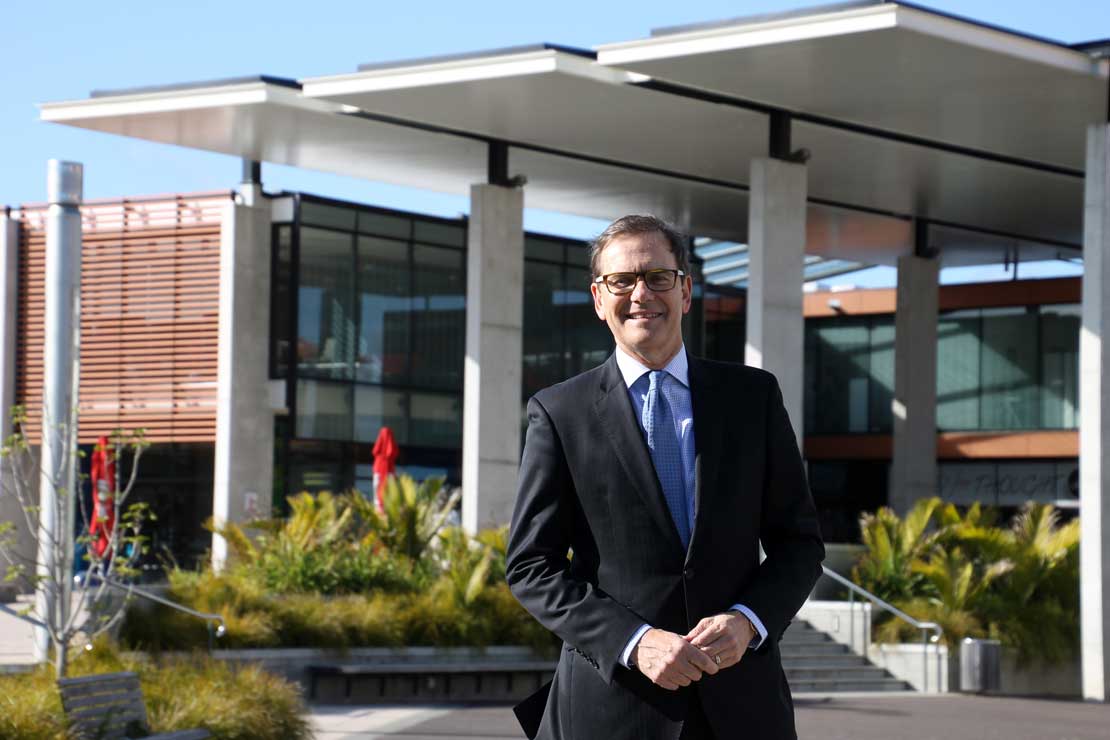 Ted Zorn is a professor of organisational communication and an American expat.

One outrage is then overtaken by another

But back to my larger point. The President has a long history of using “distract and deluge” to prevent close scrutiny of his actions or statements, or to move attention away from unfavourable news. The idea is, do or say something controversial to distract attention or do so many outrageous things that each one individually fails to get close scrutiny.

So, many of his more absurd actions or statements are forgotten in the deluge of other outrageous actions. Saying “I don’t know why he would” in regards to Putin interfering in the election. The promise to get Mexico to pay for the border wall. And, now the mid-term elections are over, no one is paying much attention to the supposed threat of “invasion” posed by the immigrant caravan or the highly questionable promise to send 15,000 troops to the border to prevent them from entering. That too will fade from the front page.

For someone who follows US politics closely, it’s exhausting. One outrage is quickly overtaken by another. It is going to be a challenge for the new Democrat-controlled House to choose which controversies to focus on given so many. But we also need the media to be wary of his game, to dig deep on the important issues and not be too easily distracted by the latest controversy.

Ted Zorn is a professor of organisational communication with the Massey Business School and an expat American.

Is there substance behind Trump-Kim accord?
The incriminating language of Trump Jnr’s emails
Opinion: Who created Donald Trump?
Does business diplomacy ‘Trump’ political diplomacy?