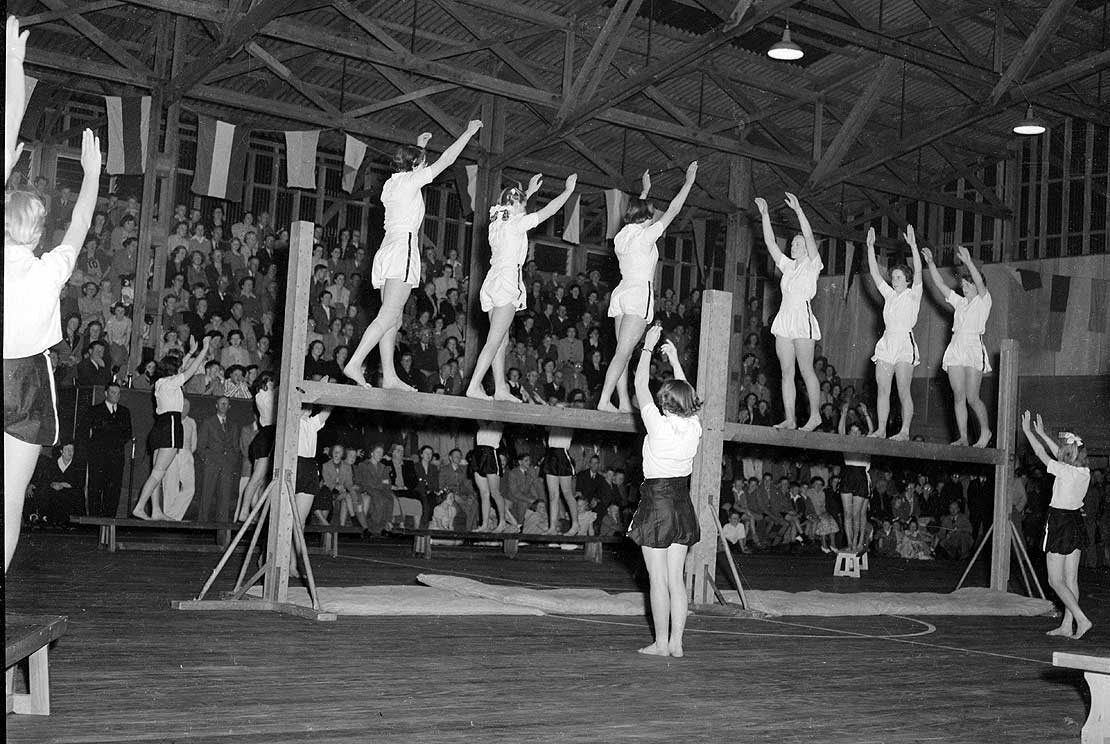 A gymnastics display at the opening of the new YMCA in Palmerston North (Manawatū Heritage).

Historian Dr Geoff Watson’s new book, Sport and the New Zealanders – A History, explores why so many are compelled to play, watch, read and talk about sport and why it is integral to our national identity.

Dr Watson co-wrote the book (published by the Auckland University Press) with friend and sports history colleague Professor Greg Ryan, from Lincoln University. It traces the beginnings of New Zealanders’ love affair with sport, examining why it has played a central part in the social and cultural history of this country. It tells the in-depth story of sport in New Zealand for the first time, surprisingly, from the Māori world to today’s professional athletes.

From rugby and netball to bodybuilding and surf lifesaving, the book introduces readers to the history of the codes, the organisations and the players, taking us into the stands and on to the sidelines to examine the meaning of sport to its participants, its followers, and to the communities to which they belonged. The authors ask, why did rugby become much more important than soccer in New Zealand? What role have Māori played in our sporting life? Do we really “punch above our weight” in international sport? Does sport still define our national identity?

Dr Watson, says one of the factors to explain how sport became such a fundamental part of life in Aotearoa is that early in our colonial history, playing sport was consistently endorsed by key sectors of society, including government, church and education.

“Sport soon became an integral feature of life in early colonial New Zealand. Fresh air and easy access to parks and playing fields throughout the country meant it was not difficult for the average person to participate in sports such as rugby, cricket and tennis, for social as well as competitive rewards. Sport, in other words, was an expression of our early egalitarianism.”

So why have New Zealanders places so much emphasis on sport? “A short answer” the authors surmise “might be that, historically, sport has provided a consistent source of success and self-worth for a country often insecure about its place on the international stage.”

“Our international connections, such as being part of the Commonwealth, have also provided an avenue for sporting participation and prowess,” says Dr Watson, who is based in the School of Humanities at the Manawatū campus and specialises in researching sports history.

“While rugby still enjoys the status as the quintessential sport associated with New Zealand, the increasing popularity of new codes like badminton, basketball and baseball – and even more contemporary ones like futsal and floorball – signal a nationwide penchant for sport is not waning. 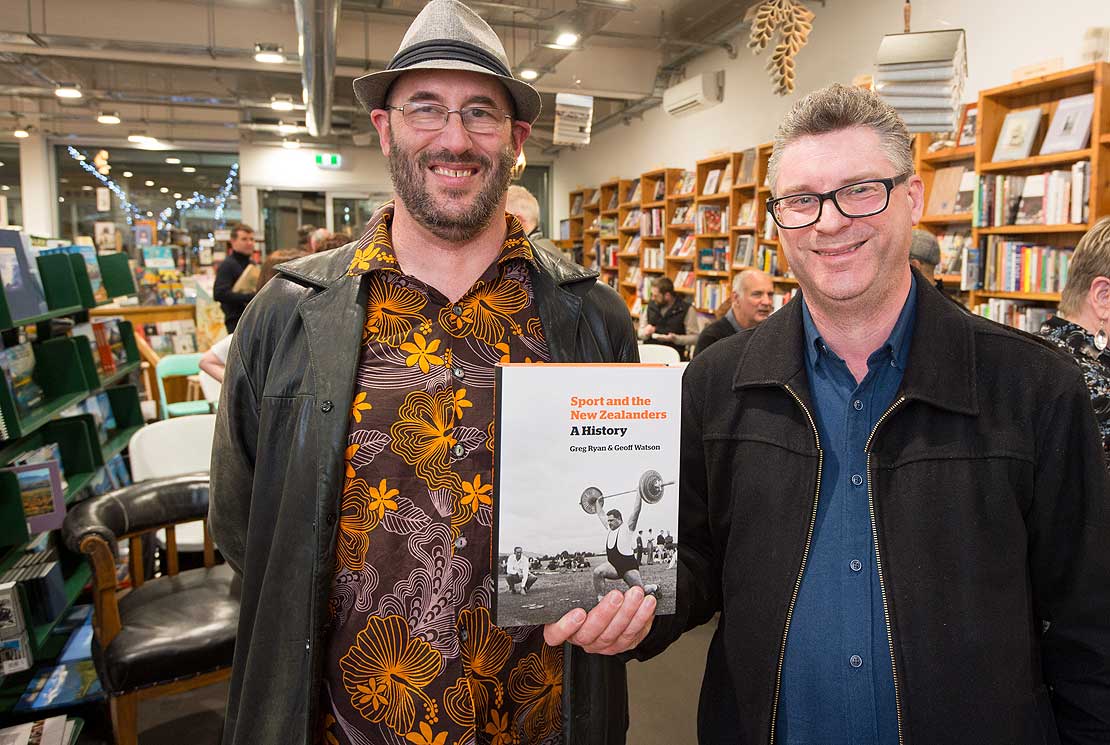 Gender equity and representation across a growing number of sporting codes is also covered in the book, and Dr Watson says overall there have been improvements for women as well as in the LGBT community, although there is still some way to go before equity issues are fully addressed. “That being said, today’s sporting heroes come in all shapes and sizes and from a broad cross-section of the community,” he says.

Sport is about more than physical feats, the authors say. “Historically, advocates of sport assert that it teaches its participants the values of maintaining discipline, accepting the decisions of match officials, understanding the importance of fair play and putting the interests of the team ahead of selfish goals.”

Geoff Watson is a senior lecturer in history at Massey University. He is the principal author of Seasons of Honour: A Centenary History of New Zealand Hockey 1902–2002 (Dunmore Press, 2002), Sporting Foundations of New Zealand Indians (New Zealand Indian Sports Association, 2012) and one of the editors of Legends in Black: New Zealand Rugby Greats on Why We Win (Penguin, 2014).

Greg Ryan is a professor and the dean of the Faculty of Environment, Society and Design at Lincoln University. He is the author of The Contest for Rugby Supremacy: Accounting for the 1905 All Blacks (Canterbury University Press, 2005), The Making of New Zealand Cricket: 1832–1914 (Frank Cass, 2003) which won the 2005 Ian Wards Prize, and Forerunners of the All Blacks: The 1888–89 New Zealand Native Football Team in Britain, Australia and New Zealand (Canterbury University Press, 1993).