Massey and TVNZ team up again to foster homegrown voices 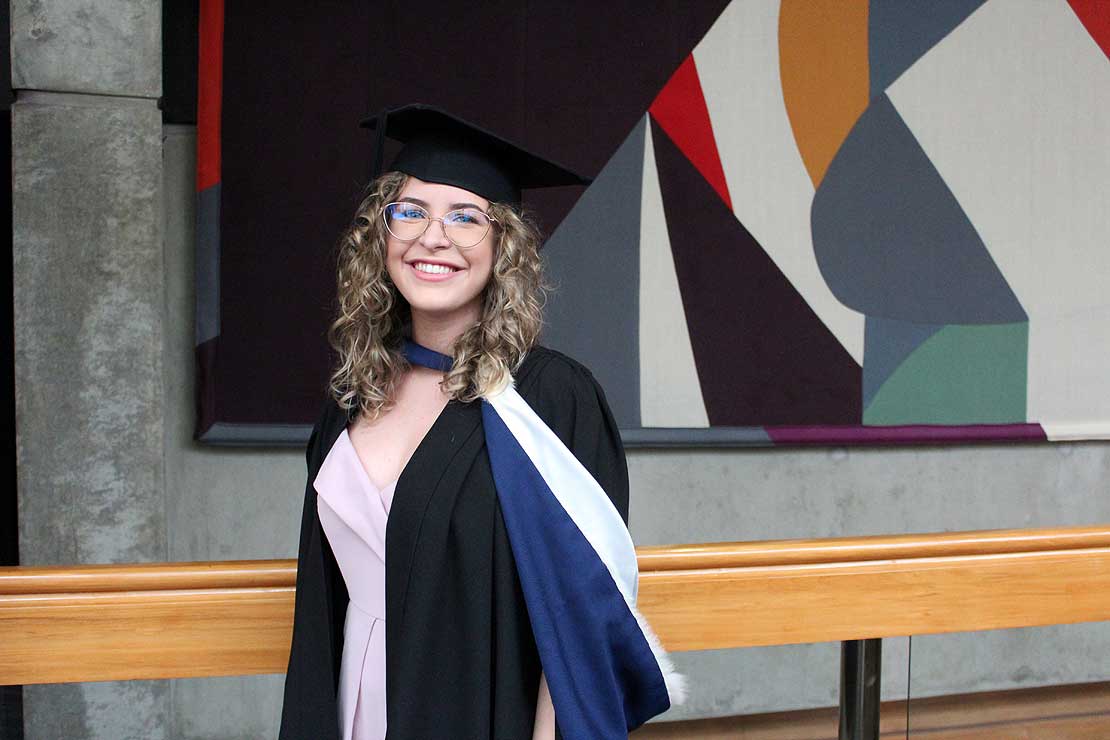 Courtney Gilbert at her graduation.

Creative Media Production graduate Courtney Gilbert successfully pitched her project Kiwis Can Fly to NZ on Air’s children’s platform HEIHEI and created a fun 3D animated series for children which follows Kōri, a determined little kiwi who dreams of flying. Undeterred by his anatomical restrictions, Kōri and his best friend Moemoe the takahē believe they can cure his inability to fly. 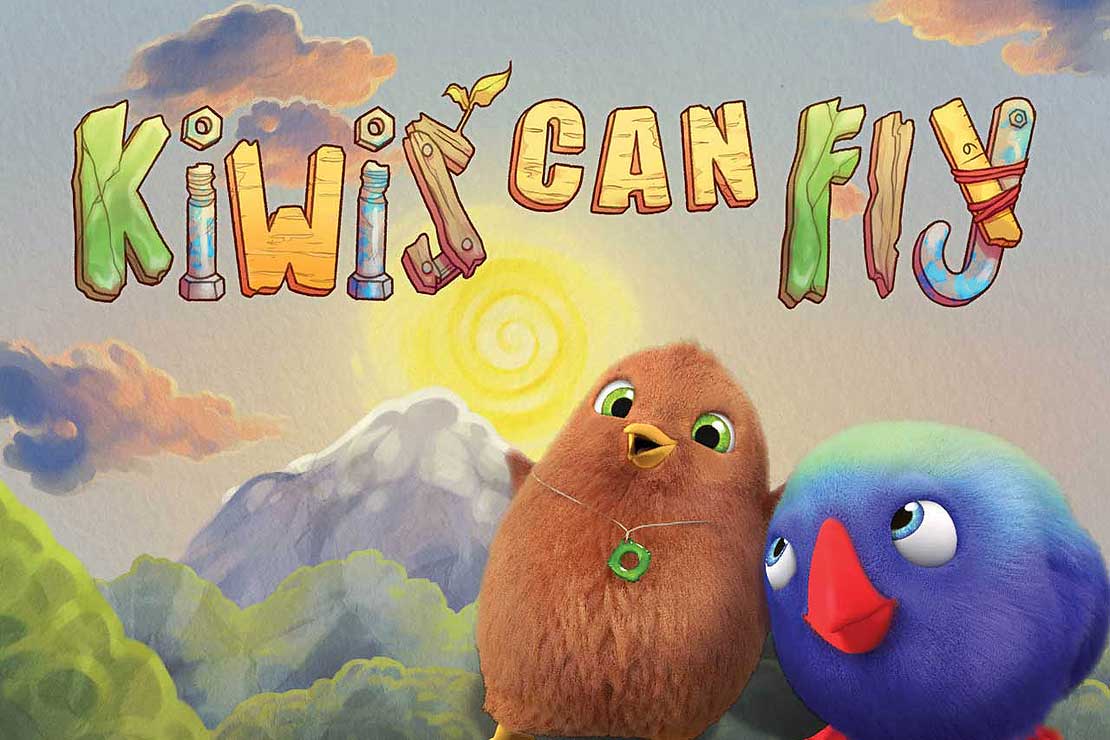 Title graphic from Kiwis Can Fly.

Kiwis Can Fly was picked up and is now broadcasting to New Zealand children via HEIHEI. Ms Gilbert is now working at longstanding production company Gibson Group and hopes to create more episodes and develop a slate of original content for both New Zealand and international audiences.

Kim Harrop, TVNZ scripted commissioner and commissioner for HEIHEI, says the partnership with Massey University is about discovering Aotearoa’s next generation of storytellers and supporting them on their content creation journey.

“Producing a TV series is no mean feat – especially when it comes to 3D animation. We were blown away by Courtney’s dedication to her work last year, the quality of her work and the savvy way she took her project from concept through to successfully selling it in a very competitive marketplace.

“Including Kiwis Can Fly in the HEIHEI line up was an absolute no-brainer for us.  We’re enjoying mentoring this years’ crop of Massey talent, and are encouraged by several of the projects we’ve seen so far,” she says.

Lucas Haley, programme lead for the Bachelor of Creative Media Production says, “Courtney and her student colleagues are true examples of the kind of creative and enterprising talent we are fostering here at Massey, as evidenced by our graduates who have found jobs with Weta Digital, GFC Films, Mechanic Animation, Flying Saucer Films, Wrestler, South Pacific Pictures, Pik Pok, Gibson Group, Pukeko Pictures and Weta Workshop, among others.”

“We ensure students are ready to lead in the new world of content creation – equipping them in the practical, critical and commercial aspects of media production essential for entering into a future-focused sustainable career in New Zealand’s renowned screen industry,” he says. “They need to be able to constantly reinvent their craft over the course of their career. In doing so, students find their vision and their voice and can communicate in a range of genres and across multiple platforms.”

New Zealand is internationally recognised for its reputation in innovation, creativity and growth in the areas of screen and creative technologies and as such the Bachelor of Creative Media Production teaches film and television, producing and directing, game development, animation and visual effects, and emerging creative technologies.