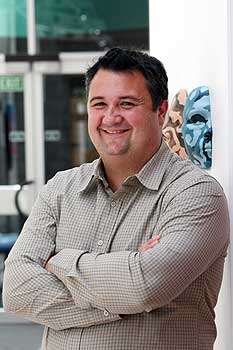 A Massey University Māori rugby historian says the flash mob haka that are proving an internet sensation this week are a great example of traditional Māori culture meeting modern technology.

Over 325,000 YouTube viewers have watched videos of the haka, in which participants seemingly come from nowhere to perform in public spaces such as Sylvia Park and Auckland’s viaduct.

Malcolm Mulholland says it is a great idea. “They are organised by Māori, exhibit Māori culture, are being done in a modern way and get crowds to stop what they’re doing and appreciate an aspect of Māori culture,” he says.

The haka will again take centre stage at Friday night’s first Rugby World Cup match between New Zealand and Tonga. Mr Mulholland says it will be a fitting start to the tournament, as it was at the first tournament in 1987, also in New Zealand, where the haka first became a home tradition for the All Blacks.

“A haka was first performed by a New Zealand rugby team in 1884 when a team including Joe Warbrick from Ngati Rangitihi toured New South Wales,” he says. “They began the matches there with ‘Ake ake kia kaha’, or ‘Forever be strong and bold’. This also done on the Native team’s tour of the United Kingdom four years later.”

The 1905 Originals team was reputed to be the first to perform ka mate. “That team included Billy Stead of Ngai Tahu and Billy Cunningham from Auckland and it was them who introduced that haka to the rugby field.”

They taught the team on that tour and it has been performed ever since. “Of course two years later was the first Rugby World Cup, and that was where New Zealand public was really first introduced to ka mate as a regular All Blacks ritual before every test match.”

Mr Mulholland is one of New Zealand’s leading Māori rugby historians and will be speaking tomorrow at the opening of Ka Mate – The Exhibition at Te Papa Tongarewa: Museum of New Zealand in Wellington. He says ka mate, a haka that was composed by the Māori chief from Ngati Toa, Te Rauparaha, emerged as the national haka as early as 1901. “It was performed during a royal visit by the Duke and Duchess of York in Rotorua and since then it spread like wildfire and was performed at almost every national event.”

Mr Mulholland is the author of the definitive history of Maori rugby Beneath the Maori Moon, which is being presented to the coach and captain of every Rugby World Cup team on behalf of the Minister of Māori Affairs Pita Sharples.