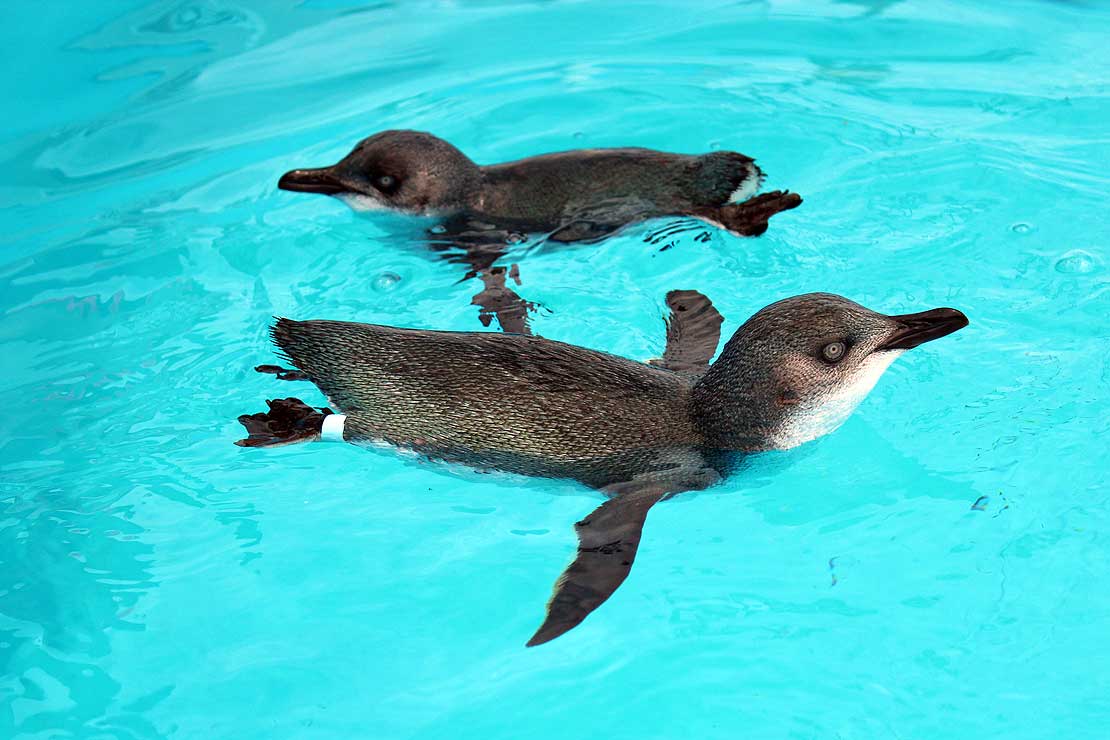 Research from members of Massey University’s Wildbase Oil Response Team has shown oiled birds that are rehabilitated are able to return to normal behaviours after an oil spill – findings which, the researchers say, justifies the costs of oiled wildlife response worldwide.

After the 2011 Rena oil spill in the Bay of Plenty, 383 Little Blue penguins were captured, cleaned, cared for and released back into a cleaned environment. Previous research had shown these rehabilitated penguins to have similar survival rates to other, unaffected birds in the area.

In the current study, published in the Marine Pollution Bulletin,scientists evaluated the foraging (diving) behaviour of eight rehabilitated birds using tracking devices and compared it to the behaviour of six unaffected birds.

They found both rehabilitated and non-rehabilitated birds were behaving similarly – diving to similar depths and in similar locations. By analysing the carbon and nitrogen levels in the birds’ feathers, they were also able to show the penguins were feeding on similar prey.

Co-author on the paper, Dr Louise Chilvers from Massey’s Institute of Veterinary, Animal and Biomedical Sciences, says it is also necessary to evaluate the behaviour of animals affected by oil spills, not just the overall survival rates.

“Oil pollution not only affects the larger animals, like the little blue penguins, but can have severe impacts on all levels of the food chain, from krill all the way through to fish. Obviously, an animal’s ability to forage affects their long-term survival.”

This study, along with other research done over the last two years, indicates the birds are finding and eating enough prey to gain the nutrients and energy they need to survive and reproduce at similar rates to other populations of little blue penguins in Australia and New Zealand.