Home > About Massey > News > Opinion: Why we should care about what happens in DR Congo

Opinion: Why we should care about what happens in DR Congo 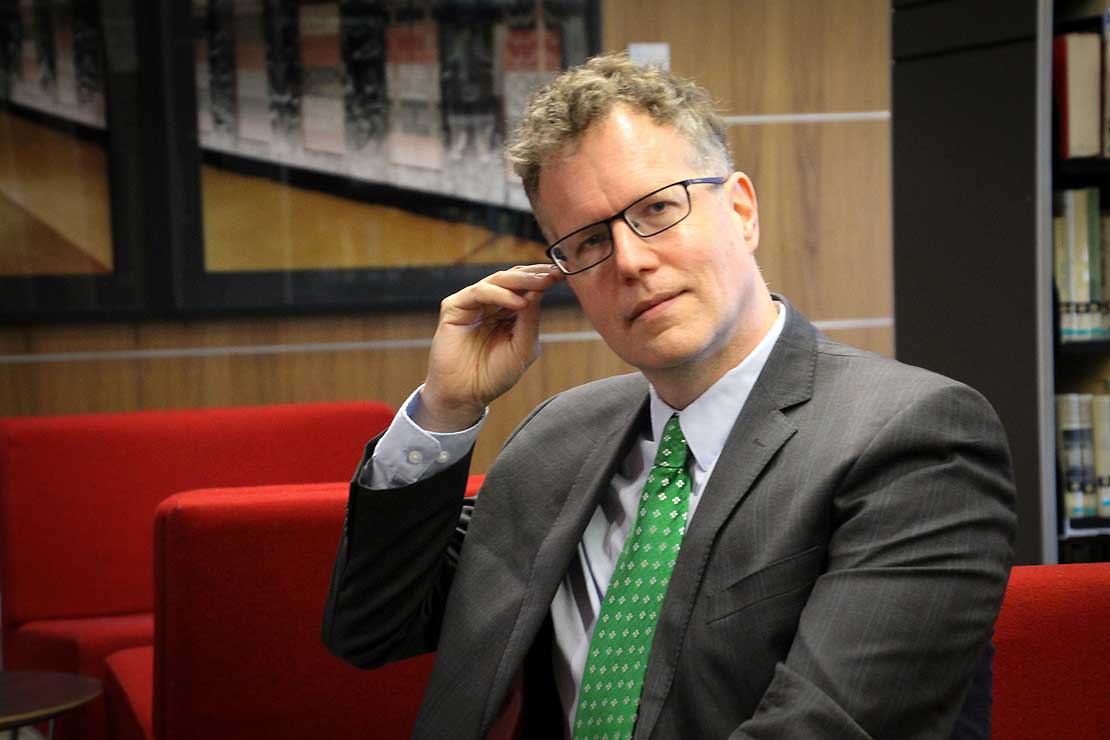 There are a range of reasons that DR Congo should be on our radar, says Dr Marc Lanteigne

Despite its low profile in global news, the Democratic Republic of Congo (DR Congo) is more than just an Ebola health concern – it has strategic significance for the West and for China and is a source of valuable raw materials for high-tech industries globally.

The recent outbreak of the deadly Ebola virus in DR Congo has been overshadowed in global news by troubles in the Middle East and the anticipation of a potential US-North Korea leadership summit in Singapore.

Yet the outbreak, which has claimed 27 lives so far, is only the latest in a slowly unfolding number of emergencies in DR Congo over the past few months.

Lying at the centre of the continent, the DR Congo, which should not be confused with the next-door Republic of Congo, is the second-largest African nation by area after Algeria. The country is richly endowed with a wide variety of natural resources, including several which are crucial to the development of the global ‘new economy’. However, these resources have done little to mitigate the ongoing political, economic and humanitarian crises that have intensified since the start of this year, threatening not only to adversely affect the greater sub-Saharan region, but with international ramifications too.

The country re-entered the news last week due to reports that an outbreak of the Ebola virus may have begun in the north-western town of Bikoro, claiming 19 lives and bringing back unpleasant memories of the mass Ebola epidemic, which resulted in an estimated 11,300 deaths in western Africa between 2014 and 2016.

Both the government of the DR Congo and the World Health Organisation (WHO) are preparing to administer an experimental vaccine to victims within the country to stop any further spread of the disease beyond the immediate epicentre of the outbreak. By the end of the week it was reported that three cases had been uncovered in the country’s north-western city of Mbandaka, with a population of over one million. The DR Congo has been especially susceptible to Ebola outbreaks, and has experienced at least nine previous such epidemics. The disease is named after the Ebola River in DR Congo – the site of one of the first major outbreaks – resulting in a more rapid response to better improve early detection in the country. 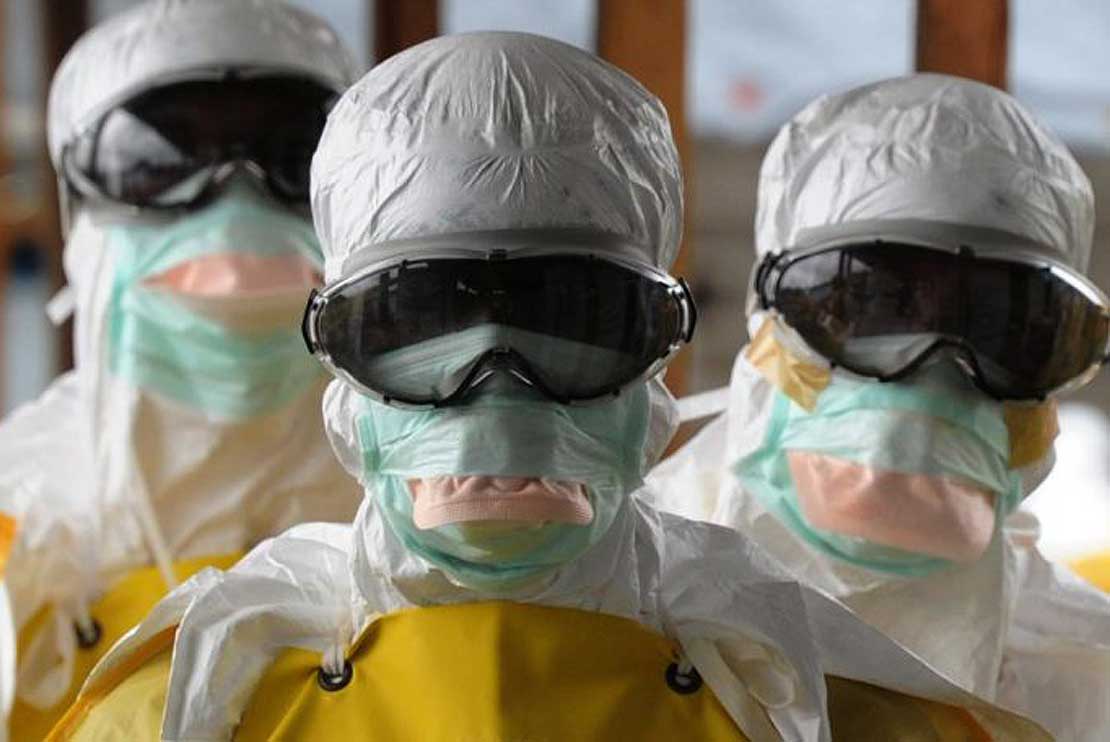 In addition to the Ebola threat, the DR Congo faces political and security instability from a variety of directions. Since the country gained its independence from Belgium in 1960, there have been a number of internal and external conflicts. From 1965 to 1997 the country was governed by a one-party dictatorship under Mobutu Sese Seko, who renamed the country Zaïre and received much support from both the United States and France due to his anti-communist policies during the Cold War. Mr Mobutu’s successor, Laurent-Désiré Kabila, who restored the original name of the country, was assassinated by one of his own bodyguards in 2001. The DR Congo’s location in central Africa also meant that the country was often caught up in conflicts on its periphery, including as a conduit for diamond smuggling during the long Angolan civil war (1975-2002).

In the wake of the 1994 Rwandan conflict and genocide, thousands of refugees fled across to then-Zaïre, as did militant groups seeking to find shelter during the conflict. These militias were key players in the Central African War from 1998 to 2003, and the border regions remain unstable, with guerrilla groups, including the Democratic Forces for the Liberation of Rwanda, continuously threatening the eastern areas of the DR Congo.

This danger was illustrated by the kidnapping this month of a British couple in Virunga National Park, a famous gorilla reserve. The pair were released unharmed, but the incident, which resulted in the death of a park ranger, further underscored that fact that many parts of the DR Congo remain outside of governmental control.

Anti-government violence has also flared up during the past two years in the southern region of Kasaï, with a report released last week from Unicef warning that hundreds of thousands of children are at risk of starvation as a result of cuts in supplies. The central government is facing a crisis of its own over a national election that was to have taken place in 2016, but has been continuously delayed by the current president, Joseph Kabila, son of Laurent, resulting in protests in the country’s capital, Kinshasa. Mr Kabila has now promised to hold elections on 23 December of this year, but doubts remain over how fair the process will be under current conditions, and there is concern he may be seeking to change the laws regarding term limits to allow him to potentially stay in power.

An abundance of valuable resources

Under better political circumstances, the economy of the DR Congo ought to be thriving, considering the country’s massive reserves of base and precious metals including gold, copper and zinc as well as gemstones. The country is also one of the world’s leading producers of cobalt, used for batteries, electric cars, and engines, as well as colombite-tantalite, more commonly known as ‘coltan’, which is an essential ingredient for miniaturised electronics including smartphones and laptops.

Concerns have recently been raised that ongoing instability in the DR Congo could damage the fledgling electric automobile industry due to its heavy reliance on resources from the country. Porous borders have also meant that many raw materials have been smuggled out of the country, leading to a vicious cycle of corruption and mismanagement.

In addition to ongoing Western economic interest in the country, emerging economies such as China have also increased their presence in the DR Congo, especially given China’s own burgeoning high-technology industries, which require many raw materials found in the DR Congo. As China’s developing ‘Belt and Road’ trade routes expand further into the African continent, the DR Congo is being seen as a central component of various Chinese-backed railway projects, which could eventually connect the eastern and western African coasts. Any major economic competition between China and the West over African trade would inevitably involve the DR Congo given its location and its key resources.

At present, there is a United Nations force, MONUSCO, in the DR Congo which has been in place since 2010 and is tasked with helping to maintain stability in the country and to assist the Kabila government, but it is becoming more apparent that a greater international effort will be needed to address the host of health and security problems facing the country. Failure to take action will not only create massive aftershocks across Africa, but potentially to many other regions as well.

Dr Marc Lanteigne is a senior lecturer in the Centre for Defence and Security Studies and international relations specialist.